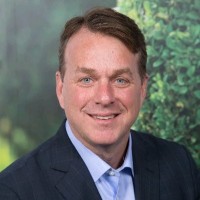 Phil Soper expected challenges in his new role as Chief Commercial Officer for HPE (Hewlett Packard Enterprises), but nothing prepared the savvy channel executive for the fallout from a global pandemic.

“My first day at HPE’s head office in Mississauga was March 9th, 2020,” says Soper. “I was only there five days before making the move to work from home.”

A seasoned technology leader, Soper started out at Compaq Canada Inc., where he served 14-years in a variety of sales and channel leadership roles. Subsequent leadership positions include Vice President, Complementary Channels at TELUS; National Sales Manager for Apple Canada; Vice President and General Manager CompuCom; and – most recently – President of PCM Canada.

“You could say I’grew up in the channel,” he says.

The new HPE role may be fraught with COVID complexities, and more than a dozen virtual meetings per day, but Soper sees it as an exciting opportunity to transform the channel. “It’s an opportunity to challenge conventional wisdom and focus on activities that generate a higher return on our investments,” he says. “That’s why we are now much more targeted in our approach. It has also given us the opportunity to work with our partners to build hybrid cloud solutions around the HPE GreenLake offering. The need to drive digital transformation while preserving capital has never been greater, and we believe our strength is the leverage of our joint skills.”

Although he has yet to meet more than half his team in person, Soper has positive channel connections that prove indispensable for navigating the virtual business landscape. “I have touched the channel in one form or another throughout my entire career,” he explains, “so I am fortunate to have developed relationships with many channel principals – whether as a peer or a competitor.”

After just one year on the job, and all but five days spent working remotely, Soper hesitates when asked about his greatest accomplishment so far. “Growing a beard?” he asks jokingly. “Having longer hair than I did in the 1980s?”

The real answer is that his track record as a transformational force puts HPE in a position to emerge from the pandemic in a stronger position than when it went in – a significant accomplishment in any one-year period, and especially so given the negative impact that COVID-19 has had on many other companies.