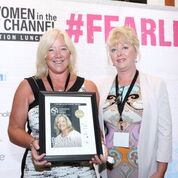 Deanna Thomson, the recently retired Channel Chief for Dell EMC, was presented a Lifetime Achievement Award at the 2019 Women in the IT Channel Recognition Luncheon. ITWC Managing Editor Alex Coop spoke with her about her career.

The signs were there from the beginning.

Twenty-five years ago, Deanna Thomson found herself on the top floor of an office building in Vancouver. It was her first sales job, and she was tasked with making her way down the building, going door to door, selling the latest lineup of IBM Selectric typewriters.

“I was petrified,” she admits. “But I was always willing to take a risk.”

She was accompanied by her husband that day, Thomson recalls, and when the building was finally conquered, he turned to her in the lobby and said, “You don’t need me – you got this.”

She remained in corporate sales and convinced executives and managers left and right to purchase typewriters, high-end voicemail systems, and eventually, personal computers. It was all about the direct sales back then, and in a few years, she became the regional sales director at Computer Task Group. Shortly after, an up-and-coming company by the name of Dell came knocking – they wanted her to join the team.

“I didn’t really know who Dell was at the time,” she says. “They weren’t the household name they are now.”

That didn’t stop them from flexing their muscles. The company flew her out to Austin to meet her face-to-face, and when they were satisfied she was a good fit, asked her to join their growing team of two in Western Canada.

“When I came home I told my husband that I would work for that company for free,” she recalls. “I talked to about 20 people during my time in Austin and every single person knew Dell’s business model by heart. I never worked for a company where the vision was so crystal clear.”

At the time, most people viewed Dell as a consumer-focused vendor, despite 75 per cent of its business coming from corporations, she says. It took awhile for the Canadian market to understand who Dell was, but it took less than a year for Thomson to turn heads across the country after she landed British Columbia’s master standing contract.

“That really put us on the map from a B2B perspective,” she says. 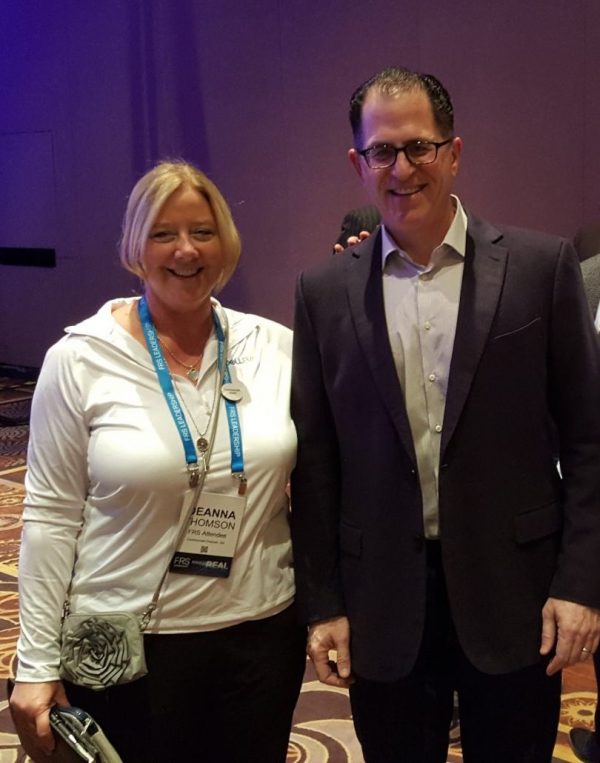 Over the next 10 years, Thomson led the regional sales team as its director, but Andre Valiquette, who took over for Thomson as Dell EMC’s new Canadian channel chief in March, says there are two specific metrics that highlights Thomson’s impact over the years.

“These are remarkable scores,” he says. “It’s a tribute to the legacy that she left behind with the team that she championed so very well in her time at Dell EMC.”

Greg Griffiths, sales director for Dell Technologies, describes Thomson as a trailblazer in Western Canada and says she “lay the foundation” for the company’s current success in the channel.

Thomson says her end-user sales background helped greatly with the transition over to channel.

“When you’re talking to partners about what you as a manufacturer want them to do on your behalf, it’s important to understand what they’re going to go out and pitch to the end user,” she explains.

But then roughly five years ago, with the proliferation of cloud computing, the IT landscape began to change significantly, and so did the channel. Customer buying habits were also changing thanks to a growing appetite for instant gratification. The days of bringing packaged software, or hardware, to a client’s office and performing a demo were over.

“I remember thinking this is not sustainable,” she recalls, adding it led to the development of online demos and new subscription models.

It also led to the largest tech merger of all time. Dell bought EMC in 2015 for $67 billion. The ensuing restructuring of the company was a serious challenge and Thomson had a significant role to play.

“It was one of my first major tasks as channel chief – navigating that integration and ensuring we were still building a successful team,” she explains. “I spent a lot of time making sure that the team that was coming into the Dell family was comfortable. We spent a lot of time on training, culture, and integration. The culture part was actually easy, but the work wasn’t. The way that Dell worked and the volume that Dell brought to the table was dramatically different than what EMC was doing. Dell had massive amounts of transactions, but they were smaller transactions.”

It took roughly seven months to reach a point where both companies felt comfortable. It was a huge accomplishment, she says, but it also brought to light another issue, something that bothered her for many years prior. 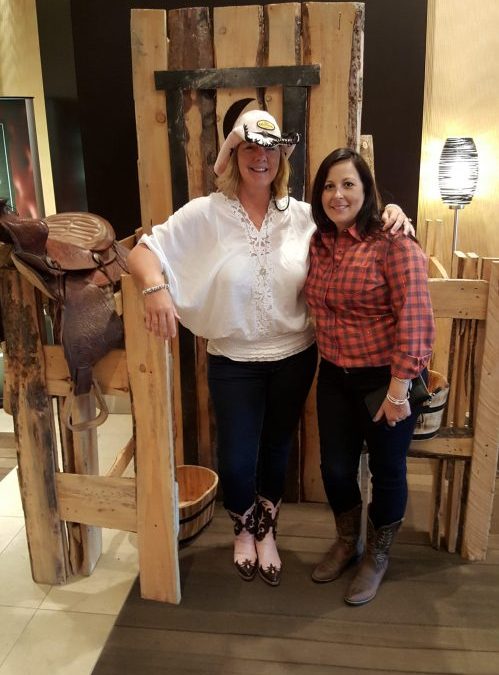 “We definitely need more women in the executive boardroom, and for that to happen, we need all of our organizations to be advocates for women in IT,” she stresses. “Women bring an openness and communication style that helps create an environment, for everyone across the organization, where people can have honest dialogue and opinions without repercussions. I am fortunate that I’ve always felt very supported in my job.”

But now she says her attention is on family. Thomson’s daughter, a goalie for the University of Mount Olive’s lacrosse team in North Carolina, was wrapping up her final season earlier this year and wanted her mother to be on the sidelines.

“She also asked me if I would do a road trip with her from North Caroline to Vancouver. But I thought ‘how do I do all that and still do my job?’ And I loved my job, every part of it,” says Thomson. “But I couldn’t see myself doing my job and this once in a lifetime opportunity with my daughter.”

Earlier this year Thomson walked away from her leadership position with Dell EMC and moved to North Carolina and watched every single one of her daughter’s games. After the season concluded – Mount Olive lost a close one in the Conference Carolinas Championship match 12-9 – the two drove through seven states and five national parks.

“It was an epic mother-daughter road trip and I wouldn’t have changed it for the world.”